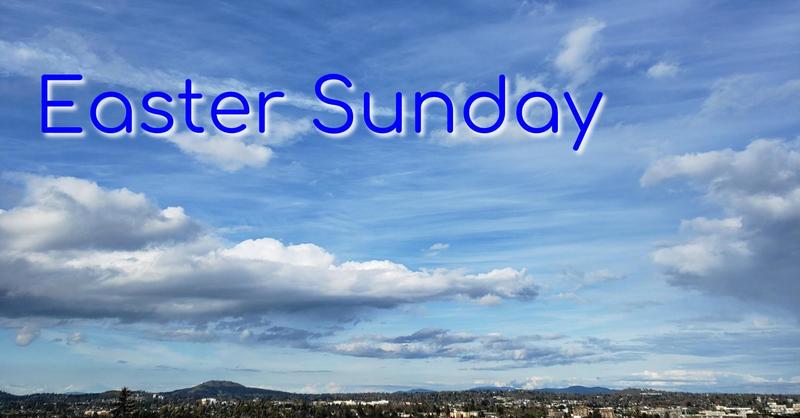 The story as we have it in John’s Gospel begins with running …
Mary running back to the others in alarm.
The two running toward the tomb, one fast than the other.
Mary running once more to join them.
All this running to and fro … running frantically … running in fear … running confusion … running in dismay.
Peter and the other disciple look into the tomb … they even go into the tomb … it was just as Mary said … he‘s gone. And they go back to wherever they were.

But Mary, we’re told remains. She stops running.
No less confused. No less alarmed. She lingers there in total loss.
This is Mary who saw him through to his end … who saw where his body was finally laid. She knows exactly where to find him.
Now what have they done with him, to him?
There she is, beside herself with grief, when someone asks her, “woman, why are you weeping?” She doesn’t recognize him.
How could she. Why would she? She knows exactly who she’s looking for and he is dead. Finished.
Once again he speaks to her, only this time he calls her by name: “Mary!” he says. Her instinct is to reach for him, to hold onto him … but he tells her “no.” It’s so unlike him … and yet it is him.
In his new way of being, he’s moving on … no longer confined to that very place, with her and his companions of these last three years, but available for all … everywhere … unbound by time and space.

This is the wild mystery we celebrate this day! It was supposed to be over … he was supposed to be tucked in, safely dead … his way of love -- a nice try, probably naïve in the end, ultimately no match for the forces that destroy life.
But that’s not how it played out.
It’s true -- he couldn’t have been more dead. But then equally true, somehow those friends of his, Mary among them, they experienced him undeniably alive, present with them … such that they became fearless in living this way of love. Far from dying out, this Jesus movement spread like wild fire, far and wide, as others too experienced this loving, healing, liberating power they could only name as Christ in their midst.

And here’s another thing that this encounter between Mary and the Risen Christ helps us to know: Easter doesn’t put an end to our grief. For Mary, she didn’t get back the same life they shared in Galilee. It wasn’t about returning to how it used to be, but living into a new reality … one she couldn’t envision ahead of time. What she did have, going forward, was this assurance that somehow he was not gone but present.

So too, we can arrive at this day with “Christ is risen” proclaimed all around us, even by us … but that doesn’t necessarily mean we’re finished with grief. We can still be deeply grieving and yet proclaim “Christ is risen” with all our heart.

We’d be mistaken if we thought Easter means the end of grief. Easter brings the shattering of our assumptions … the shattering of our certainties, of world as we know it. Easter marks a profound rupture and re-making … opening the way for the re-creation of our world, a re-orienting of our lives. For while the forces of death and destruction are fierce and unrelenting, they are not all there is. There is another reality that is powerfully at work … that won’t finally be stopped.

While the forces that would destroy life are fierce and unrelenting, they are not all there is.
This is the wild mystery we celebrate today: there is another reality … the reality of God’s life-giving love that keeps finding a way where there is no way … that rises up within us and between us … a rising that is not our own doing.

There is a power for life let loose in the world that won’t finally be stopped. Without this power, none of us would be here in such a place today. And some of us, without this power, wouldn’t even be alive today. This is the power that has sustained our planet through countless opportunities for annihilation.

Let us not forget, that Easter took place in a grave … when all was lost. If love and life can meet us there, love and life can meet us EVERYWHERE! This is the hope … this is the promise that gives rise to our celebration today, and the courage to be in life these days: that with the God of resurrection, the story is seldom over when we think it is.

This is the promise that is ours to claim wherever we are, that there is nothing in life or on death the can limit the transforming power of God’s love.
Praise and thanks be to God!

Clearing the way for something new

Even on the day beyond all hope