A few months ago as we began to envision these evening services, one of the themes I suggested for one of our nights was Wading into the Wild … not really sure at the time where that might take us. As we got closer, a couple of weeks ago I thought maybe this will find us exploring what it means to claim -- re-discover, perhaps --that untamed truth of who we are … where aspects of our unique nature, even our hearts desire can get buried or domesticated over the years. If the glory of God is the human creature fully alive, what is it to live into the fullness our God-given selves? And then there’s the outer landscape … the wilderness places that have so much to teach us and heal us and reveal to us. So what is it to wade into these fearsome places within and around us … where it’s likely we’ll encounter wild beasts and, God willing, ministering angels.
A few weeks ago, that’s where I imagined we were headed tonight.

And then last week happened. From here last Sunday evening I headed to the hospital where my Dad was dying … and there with Bev and my siblings and their spouses we tended Dad who was by this time was rarely surfacing. That night, that we thought he might well die, turned into the next day … and then the next night and day and several more after that. Regardless, we were staying put … there was nowhere else we wanted to be.

At one point I mentioned to my sister Shauna our theme for this Sunday night is Wading into the Wild. She looked at me across the bed between us--“isn‘t that what this is?” she said. So true. You don’t have to be surrounded by old growth trees or sheer cliffs. Any number of life circumstances can land us in the wild, where we’re swimming in the big river.

Late Tuesday afternoon, I confess it was my idea, that we watch The Sound of Music that night. I was actually kind of joking … except that the others thought why not? It was a favourite movie of Dad’s. We’d be spending the evening alongside him in any event. He of course wouldn’t be watching it, but he loves the music and each of us had watched it with him a number of times over the years. Why don’t we try it? So after supper the hospital room became a small theatre. We even had popcorn, and Maria, bless her, began to sing The Hills are Alive!

10 minutes into it I thought “I don’t think so.” This was not wading into the wild! Sitting right beside Dad I just had this sense that he’s making his way on an intense journey … and here we are focussed, or at least trying to focus elsewhere. Who knows, maybe this is even a distraction to Dad, pulling him away from whatever he’s about. So in no time we agreed to switch it off, and reoriented ourselves to be with him and we turned on one of the CD’s of great hymns that have anchored him all these years.

It wasn’t long after that that we noticed this change coming over his face. Is that a smile? His face kept getting more and more expressive … huge smiling … and his eyes, even though they were closed, it was as though, in there, they were wide-eyed and beaming. I’ve seen Dad look happy before … but I have never seen this face … he was glowing … this was jubilation … this was over-joyed … and it went on and on for 20 minutes, as though more and more kept coming into his view, kept coming toward him, into contact with him. He was fully engaged … and as though he was conversing.
We looked around at each other … are you seeing this? Yes!
We just sat there with him, witnessing something extraordinary, having no idea what he was seeing, what he was experiencing,
but there’s no question something very very beautiful was happening as he waded into the wild of whatever is this experience of dying.  “Lost in wonder, love and praise” is how that great Wesleyan hymn puts it.

It wasn’t until Thursday afternoon that Dad breathed his last … there was still quite a way to go. Back home on Friday, I came upon a quotation Dad had typed out from a book by Martin Smith that was there among the documents he left us for after his death. The quotation ends in a way that for me puts into words what I sense we were witnessing that night. Here’s what it says: “Through the mystery of my own undoing in death, every last and lost part of me will be opened up to Christ’s life-giving Spirit and brought within the embrace of God.”

So now it’s coming back to me … the real heart of this theme of wading into the wild … it’s about wading into the wildness of God … the wildness of Love’s embrace.  It’s where we find ourselves whether we are venturing out into an old growth forest or the crashing sea or the Kalahari Desert … or the equally wild places of a daunting diagnosis, a divorce, a birth, a new career or the ending of one.  The wildness of Love’s embrace is finally where we find ourselves too when we encounter the wildness within us … those energies, those parts of our history that rise up to meet us, even undo us …that would seem bent on us losing our way.  It’s that beautiful line in Rilke’s poetry … “You are the wilds in which I lose my trail.”

“Where can I go from your Spirit?” asks the writer of Psalm 139.
Or where can I flee from your presence?
If I ascend to heaven, you are there.
If I make my bed in Sheol, you are there.
If I take the wings of the morning and settle at the farthest limits of the sea, even there your hand shall lead me,
and your right hand shall hold me fast.
If I say surely the darkness shall cover me,
and the light around me become night,
even the darkness is not dark to you;
the night is as bright as the day, for darkness is as light to you.

Wading into the wild … sometimes we choose to… sometimes it’s just where we find ourselves … either way, sooner or later, whether at the heart of it or at the outermost edges, we are given to trust that every last and lost part of us will be found in the wildness of Love’s embrace.

Thanks be to God! 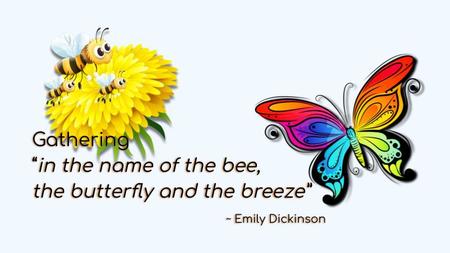 Wading into wreckage and grace

Wading into the Wild