This morning we’re confronted with probably the most puzzling of Jesus’ parables. We might well have a look or a listen and decide to give it a pass -- especially if you’re a preacher! Or we could hang in there for a bit longer and see where it takes us … remembering that this is the thing about parables … it is their way, not so much to make a point, as to take us somewhere -- some place so different to what we’ve come to call home, that we catch a glimpse of a whole other possibility for our life together … that vision of life in relationship that Jesus calls the Kingdom of God.

So let’s wade in and see what happens.
The story begins: there was a rich man who had a manager. Charges were brought to him that his manager was squandering his property. Who knows what exactly that means -- whether he wasn’t investing as profitably as he could, or not collecting as much as he might have. Whatever he was or wasn’t up to, he wasn’t bringing in the kind of profits that would be possible if the operation was managed more diligently.

So now he’s been given notice …“you’re done!” Simple as that. With a wave of a hand, it’s over. Except, of course, this has huge implications for the manager, for his life, his future. One last thing before he’s out the door, the master tells him, “bring me the books … give me an accounting of your management.” So we have this rich man who apparently has enough wealth that he hasn’t really noticed that things have been mismanaged … and isn’t himself in touch with the status of his accounts.

It takes the manager no time to realize he’s up a creek. He’s got no job, not the strength needed even to be a day labourer, and there’s no way he’s going be reduced to begging. So now what?

His clients come to mind … these people he’s been collecting from for as long as he’s worked for boss. Except that now he’s seeing them differently … maybe only now really seeing them for the first time, seeing them as people with lives, seeing them as people even like himself who need the basics for life. More than simply the means to his income, he dares to or is inspired to imagine that they could be friends! … people who would not see him destitute but would welcome him into their homes. Instead of being above them, he sees himself in them … he’s about to join their ranks … at the bottom.

Realizing he still holds some power in the system, even if just for this one last day, he uses his power to befriend them, that they might in turn befriend him. So he goes to his master’s debtors one by one. This time there’s more at stake than ever before.  “How much do you owe?” “Cut it in half!,” he says to one. “Reduce it by 20%!” he says to another. The deal is sealed, just like that!

So then we hear the rich man’s response: “And his master commended the dishonest manager because he had acted shrewdly.” Another rendition says ‘astutely’. And in another, the master praises him for being so ‘enterprising’. Whatever the word, we get the idea … the dishonest manager is held in regard. “For in dealing with their own kind, the master concludes, “the children of this world are more astute than the children of light.”
And then the voice shifts to Jesus’ own: “I tell you,” he says, “make friends for yourselves by means of dishonest wealth, so that when it fails, they may welcome you into the eternal homes.”

This is where we remind ourselves parables aren‘t something we wrap our minds around. Rather, it’s the way of a parable to blow our minds … to take us somewhere so different from the place we know, that we catch a glimpse of a whole other possibility for our life together … that vision of life in relationship that Jesus calls the Kingdom of God.

Having said that, there are a few interpretive details that are important for us to note.
That phrase ‘dishonest wealth’ is a poor translation for it makes it sound like there’s honest wealth and dishonest wealth. But in Luke’s Gospel there is no such thing as honest wealth. For Luke there is just plain ‘wealth’ and wealth is a function of this dishonest and corrupt age where everyone is caught up in the injustices built into the system. It’s the money of unrighteousness … of ungodliness. It’s the money we have; it’s all the money that is. With this in mind, a clearer translation might be to hear Jesus say, “So I say to you, use your worldly wealth to win friends for yourselves, so that when money is a thing of the past you may be received into an eternal home.”

Did you catch that? … when money is a thing of the past.
This is the parable landing us into a brand new world … a world of a whole new economic order. Remember this is Jesus speaking … Jesus of whom Mary sang, while he was yet in her womb, that song of liberation where the lowly are lifted up, and the rich are sent away empty. This is Jesus who is telling this parable … Jesus who at the very beginning of his ministry announced “the Spirit of the Lord is upon me to bring good news to the poor, to proclaim release to the captives, recovery of sight to the blind, to proclaim God’s jubilee” … where all debts are forgiven and there’s a radical redistribution of the land.
In case we’ve forgotten, God envisions another way, and is already, in and through Jesus, working it out.

So here we have Jesus burning with a passion for the dawning of that new day … when things will be different, up-ended somehow … when money is a thing of the past … when wealth no longer serves nor oppresses nor obsesses us … when it no longer gives us a place, a living.
So now where are we?
We’re in this place where what matters are our relationships.
We’re in this place where we realize our need of one another.

But we’re not there yet … just as the manager wasn’t quite there yet. He still had a day to get creative with the wealth he had access to. I wonder if Jesus is revealing to us that this is the moment we are in … we still have time to get creative with the wealth that we have to invest in people … to ease another’s burden ... for our sake as well as theirs.

Surely there’s something for us in that zinger right at the very end of this passage … where we hear Jesus say “you cannot serve God and money.” That’s it isn’t it … when money is our god, that‘s what we look to, where we turn for our life, whatever the cost to ourselves and others. When we choose to serve Love and Love’s dream, we’re caught up on an overflowing generosity. And that’s the thing isn’t it … in this dream of abundant life for all, our lives are bound up with each other … we matter to each other. Not just the haves mattering to the have-nots. Here’s the twist that Jesus gives us to know … the have-nots will matter to the haves. He keeps giving us to each other with the assurance that we enrich each other … that we need each other … that we are somehow more whole in relationship with each other.

So maybe today we begin by asking what’s the place of money in our life … how does it define us? separate us? isolate us?
How are we using it to build bridges, to break down divides, to foster relationships in which we truly see each other and see ourselves in each other?
How are we investing in God’s dream of abundant life -- for ourselves, for others? 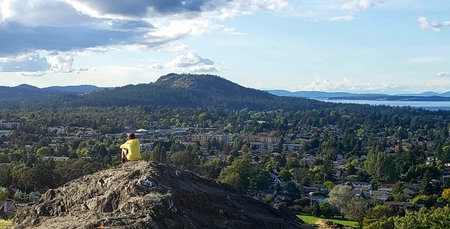