So I get it … on the one hand, there are any number of things in the way this story comes to us that might leave us shaking our heads … What’s this with Jesus hearing this call for help, but deliberately delaying that the glory of God might be revealed? And then before we’re done, when Jesus does come, all it takes is him raising his voice, and we’ve got a dead man, still bound as he is, emerging from the grave?

So I get it! … it sounds like another one of those Jesus-the-magic-man stories … and a bit of a twisted Jesus at that.

Given all the dying that’s happening around the world these days, of all the stories that could help us, what’s with surfacing this story? Is this not like giving the knife a turn?

So I just want to put that out there in case you think I didn’t notice!

Well the first thing to say is I didn’t choose this particular story. It’s given to us for this 5th Sunday of Lent.  It’s the story that comes up every 3 years for this very Sunday regardless of what happens to be brewing in the world.  So we’re urged to lean in … as we wonder,  and listen for what the Spirit of the Living God may be saying to us in and through this story right now, in this time.

I read something this past week that has allowed me to hear in a way I haven’t heard before, that part about Jesus not making a move when he gets the news about Lazarus being ill. Surely he wouldn’t let someone die just to prove something, even though that’s how it sounds as we first hear it.

It’s actually because of the circumstances we’re in right now, that this other thought comes to light. How many people are dying right now and family and friends aren’t able to go near… the last rites being offered to people in hospital over the phone …the end of life coming for loved ones, and our terrible part is to wait at a distance.

It seems Jesus knows Lazarus is dying.  Consider  what if it just wasn’t in Jesus’ hands to prevent his death?  just as life happens and tragedy strikes people we love. As we witness so many people these days bearing the grief of not being able to save the lives of their loved ones, their patients -- so much is out of our control --maybe Jesus took two days to accept what he could not control, and to make peace with what is … before, with his own sorrowing heart, he makes his way to be with the others in their grief.

That might be a new take on Jesus for some of us–- that saving Lazarus is out of his control.  We wouldn’t  be alone in that.  It’s how Mary and Martha saw him.  “If only he had gotten there sooner, Lazarus wouldn’t have died,” we hear them say.  We’ll hear something of that again in just two weeks’ time, on Good Friday, when Jesus’ crucifiers mock him:   “He saved others; he cannot save himself?  Let the Messiah come down from the cross,” they jeer at him. But he doesn’t prevent his own death, does he.

So what if that’s not what he’s about ?… preventing death.

Jesus does eventually come in response to the sisters’ plea.  And he comes, his own heart hollowed out by grief.  There’s this other emptiness he carries as well … the emptiness of his powerlessness.  This is Jesus the healer … no wonder we have the sister’s in their anguish: “if only you had been here;”  and those voices in the crowd, “couldn’t this man who opened the eyes of the blind have done something to keep Lazarus from dying?”  How those voices must resound in Jesus’ own being …voicing what he would have so wanted … want we all so dearly want – to push back the dying of our loved ones.

But what if in the emptiness, in making peace with the powerlessness, this is how love’s power finds a way, finds room to be all the more present and at work.  This the paradox that is at the heart of the Christian story.  And not just the Christian story.  This is the paradox that shows up in life, in our own histories, in the life of the world.  And as with every paradox, it’s not something we can explain …but rather it’s something we undergo!

I think it’s the very thing we are undergoing right now all around the world.  As the death toll increases, you would expect, wouldn’t you, that we would more and more cave into despair.  And yet what we’re seeing is this remarkable eruption of life … of creativity, of Spirit inspired vision … people seeing even amidst the chaos and death, glimpses of a new tomorrow!! … not this longing to return to where we were before this all came upon us, but a future of breath-taking newness.  And people are finding ways to put this into words … people are singing these visions, dancing them, telling of them … and sharing them with such tenderness and generosity.

A week ago, Keith sent me this piece by Kitty O’Meara that was in circulation.  Maybe you’ve come upon it too.  Just listen to this:

And the people stayed home.

And read books, and listened, and rested,

and exercised, and made art, and played games,

and learned new ways of being, and were still.

Some meditated, some prayed, some danced. Some met their shadows.

And the people began to think differently.

And the people healed.

And, in the absence of people living in ignorant, dangerous,

the earth began to heal.

And when the danger passed, and the people joined together again,

They grieved their losses, and made new choices,

and created new ways to live and heal the earth fully,

as they had been healed.

Is this not the mystery of resurrection! … this eruption of life that is arising out of all the death? Maybe that’s what we are given to see in Jesus as he stands there at Lazarus’ tomb.  As though his own broken, hollowed out being was given this rush of resurrection life that was for him to share … and he risked offering it!

So what if God isn’t in the business of preventing death, but abiding with us through death and enabling us to begin again, to breathe again, to live again … in new and unimagined ways.

I want to come back to where we began … where we hear Jesus say,“this illness is not going to end in death; through it God’s glory is going to be revealed.”   A long time ago, Irenaus, a 3rd century theologian said,  “The glory of God is the human being fully alive.”   Is this not what we are beginning  to see … even embody … a whole new way … a way of wholeness … our human being-ness coming fully alive … and so therefore healing for our planet as well!!   The Glory of God!

The call of God is stronger than death -- I think this is what Jesus is showing us.  The word of God is creating life, instilling LIFE, pouring out Life  through us. So may we listen … and so may we risk it … whatever Love’s power is giving us  to be about  in this very time. 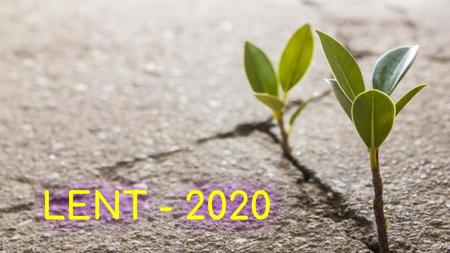 a counterpoint of love