Do you know that experience of sitting in the stands of the little league baseball diamond, and the ball gets whacked way out into left field …the first great hit of a very long game -- finally some action! But young Sam out there, not only does he not start running for it, he doesn’t even see it coming, so enthralled is he watching the parade of ants coming and going from their underground city right there where the coach told him to stand. And from the behind you in the stands comes bellowing “Get in the game, Sammy! Get in the game!”

If Jesus had played baseball, he might have conjured up a scene like that but instead he drew on a kid’s game of his own, imagining it falling flat when the kids on the other team didn’t engage. And so we hear the kids of the one team lamenting “we sang for you but you didn’t dance … we wailed and you didn’t mourn.” For whatever reason, the other kids didn’t get it, didn’t respond, didn’t join in playing the game of weddings and funerals. And then shifting from the analogy of the game, Jesus gets explicit: when John came (meaning John the Baptist) … when John came, neither eating nor drinking, they called him demon possessed; and the human one came eating and drinking, and they called him a glutton and a drunkard, friend of tax collectors and sinners. They missed it, many people did … neither John nor Jesus seen for who they are … the dynamic and invitation of their lives not appreciated, but misjudged, written off.

But for Jesus, the game isn’t over. And he’s not about to give up. “Come unto me,” he says. We might hear it as his version of “get in the game, Sammy!” like there’s actually something to wake up to … something to get in on, something that needs you! “Come unto me, all you that are weary and are carrying heavy burdens, and I will give you rest.”

REST! There’s a beautiful word for any one of us feeling weary, weighed down, worn out,  by life, by grief, by work, by worry, boredom, regret – whatever has become burdensome .  This promise of deep rest, of being given relief, these words are like summer in the soul. So now we’re leaning in … as if to say, “tell me more Jesus.”

And in the next or the same breath, we hear, “Take my yoke upon you and learn from me.”   My yoke, he says … that particular rigging that helps stay the course and shoulder the weight with the help of, in the company of another, in a way that works... that enables the work. So Jesus’ invitation to come and find rest -- it turns out it isn’t by way of escaping our work or our life, or our life’s work.  It is rather by taking it up in a particular way. A way he promises is marked by ease and lightness!

I don’t know about you, but to me, that sounds almost too good to be true.

Wow! There’s a lot to unpack there … and I think he gets to the heart of it by naming our creatureliness and our vocation as the children of God, the beloved of God. This word creatureliness … it’s a reminder that we are creatures of the Creator, and not the Creator … we are part of this interconnected web of life but we are not its Source. Our creatureliness comes with particularities, vulnerabilities, limitations; for all the magnificent  intricacies of our being, we are frail mortals; we fail ourselves and others; we die. “It is not working too hard that makes us weary. It is rather living a life that is against the grain of our true creatureliness."  … like when we expect of ourselves something superhuman … that we have to do it all, and perfectly, as though it was all up to us.  Or alternatively when we expect nothing of ourselves having bought the lie that we have no agency, that there’s nothing we can do.

Meanwhile the truth is we are not left to ourselves.  We are the beloved of God in whom we live and move and have our being. We are a people made for that God-connection that we might experience the grace and mercy and unthinkable generosity of God.“Come unto me you who are weary and carrying heavy burdens.”  It’s a call to come away from the dehumanizing expectations that we can lay on ourselves or absorb from the world around us … the kind of yoke that rubs and goes against the grain of our God-given creatureliness.  And instead Jesus says, “take my yoke upon you, and learn from me.”

There are a few things about that aren’t there? It’s the invitation to draw near, come alongside and experience his companionship. It’s also the invitation to feel the fit of this yoke, this way that helps us to stay the course, that doesn’t rub, that doesn’t go against the grain of our humanity, but in fact draws us into what it is to be truly human … as he is truly human.

So what are we learning from him? At its heart, we’re learning about his relationship, his connection with the one he calls Abba … we're learning about his intimate connection with God. And how it is from there that his compassion and healing, forgiveness and self-giving love, his courage and his freedom flow. We’re learning from him what it is to trust, to lean into God’s all sufficient love. This is the yoke he offers us … to enable our work, to orient our lives. His yoke is easy … meaning it fits; it doesn’t rub against the grain of our true creatureliness.

And his burden is light, Jesus tell us. We might hear that in the way Walter Brueggemann puts it, as if to say it’s clear … not that it’s easy but that it’s clear. It’s the burden, he says, of simple commands (love God, and your neighbour as yourself)… “It’s the burden of simple commands of travelling light, and staking our life only and entirely on that Friday-Sunday truth;”[2] in other words staking our life on the mystery of God’s power for life that won’t be stopped by death.

The game still isn’t over. As long as we have breath, and maybe even beyond, Jesus’ invitation is as fresh as ever : “Come unto me, all you that are weary and are carrying heavy burdens, and I will give you rest. Take my yoke upon you and learn from me; for I am gentle and humble of heart, and you will find rest for your souls. For my yoke is easy, and my burden is light.”

There is a whole way of being to wake up to … to get in on … a way that needs us and wants us!

Come, Jesus says … come! … like that would be our first move. 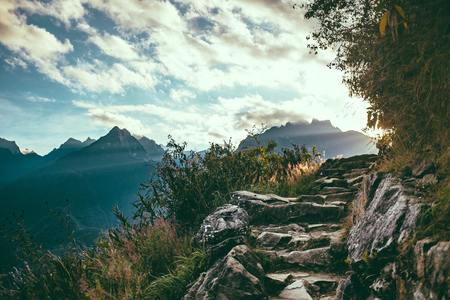