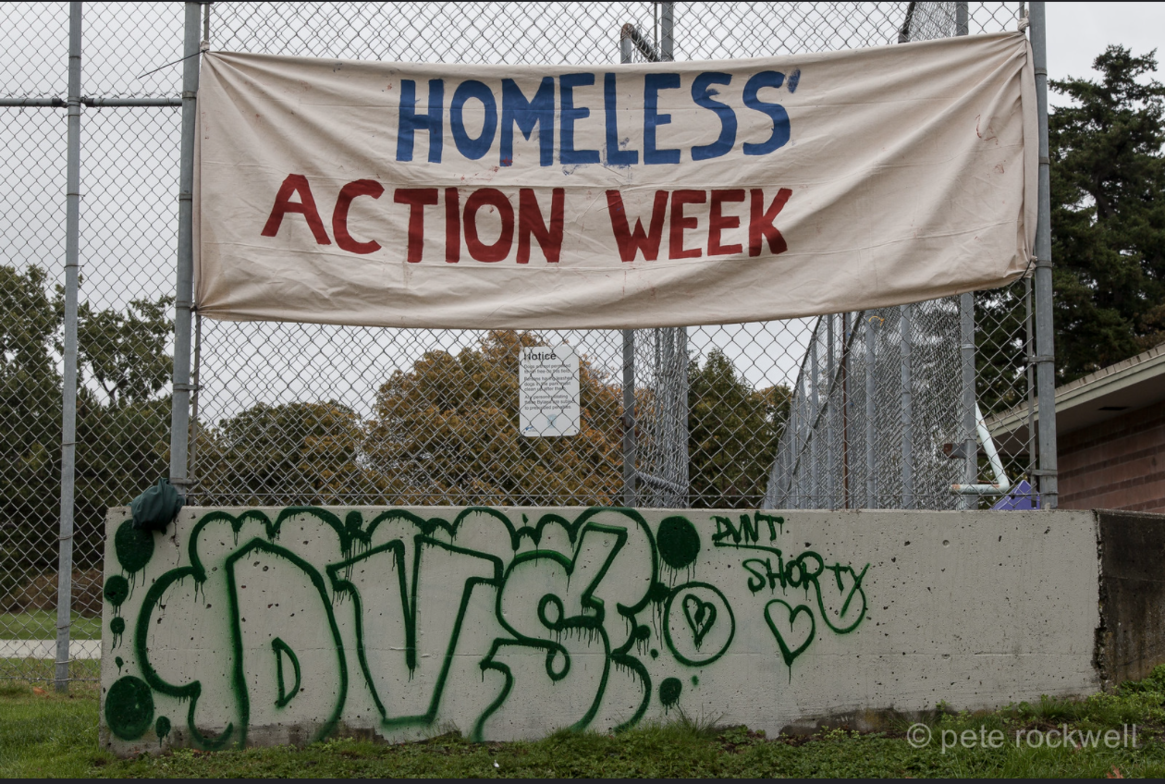 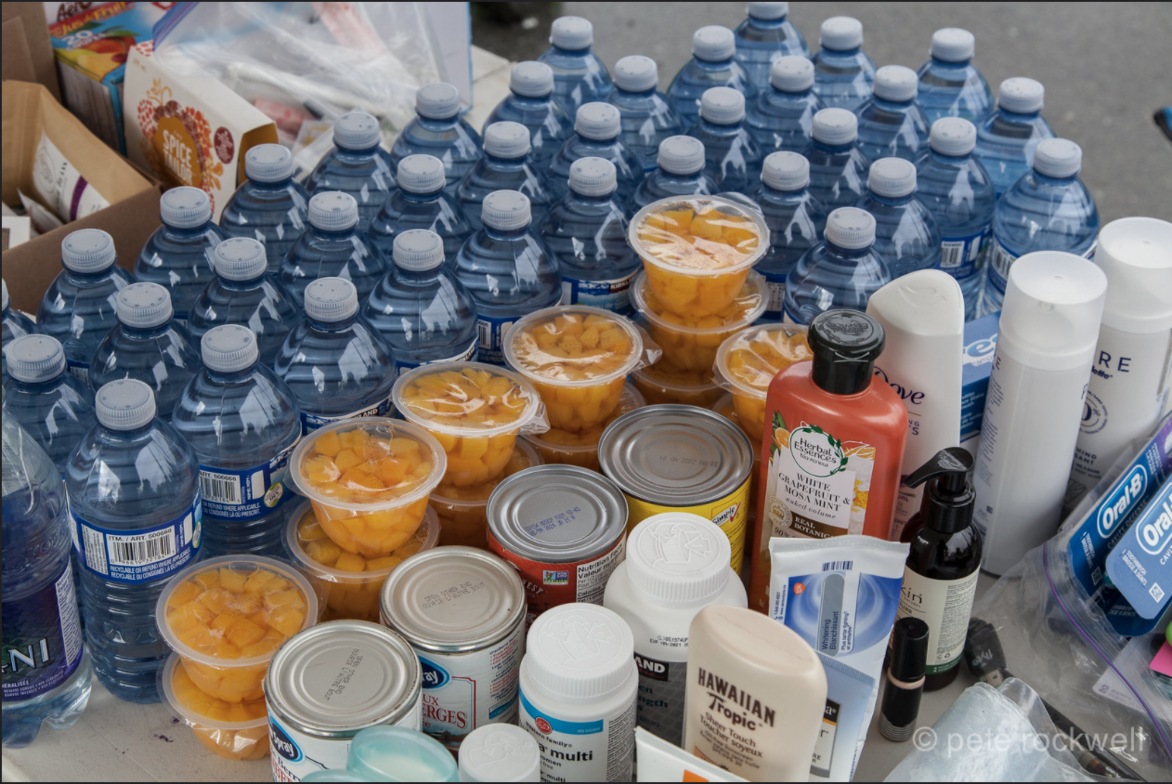 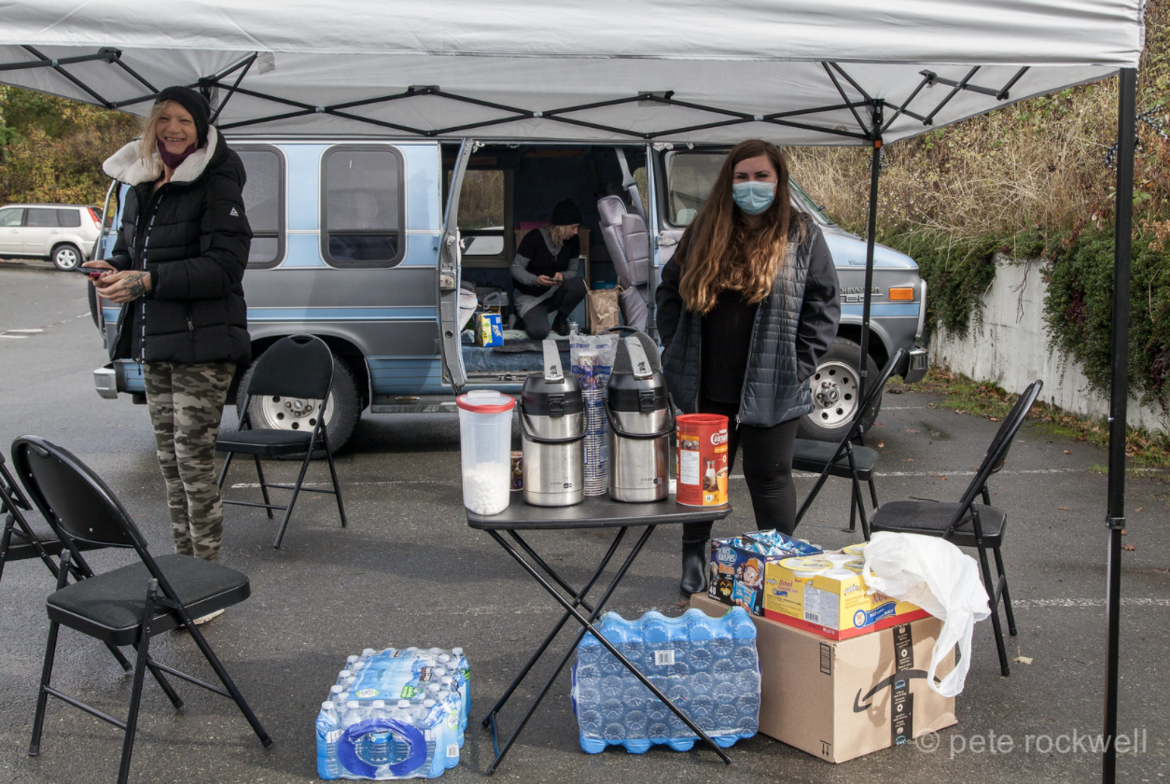 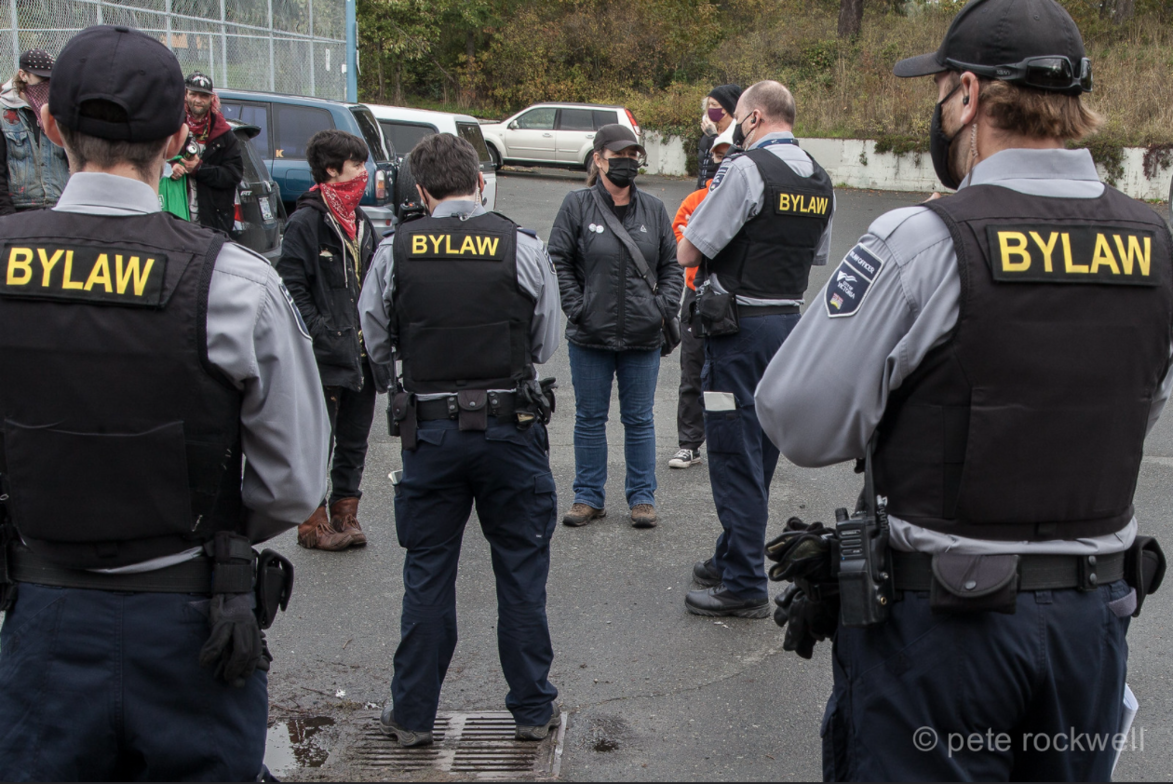 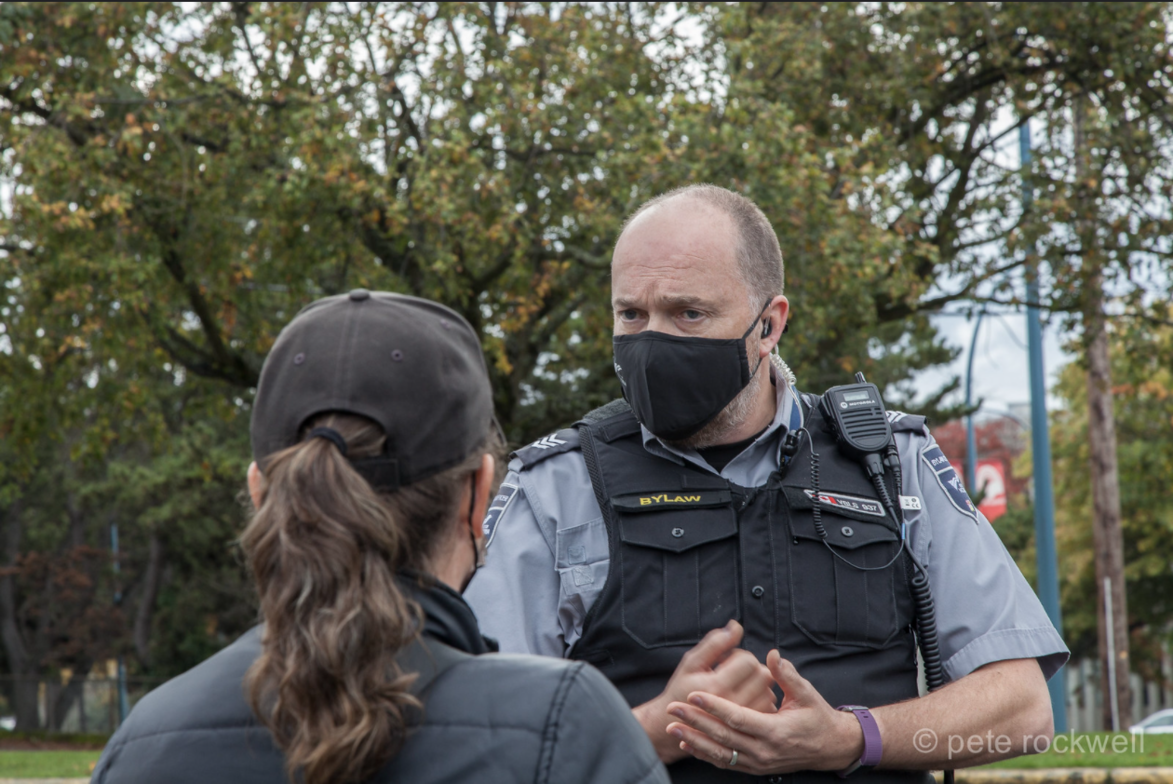 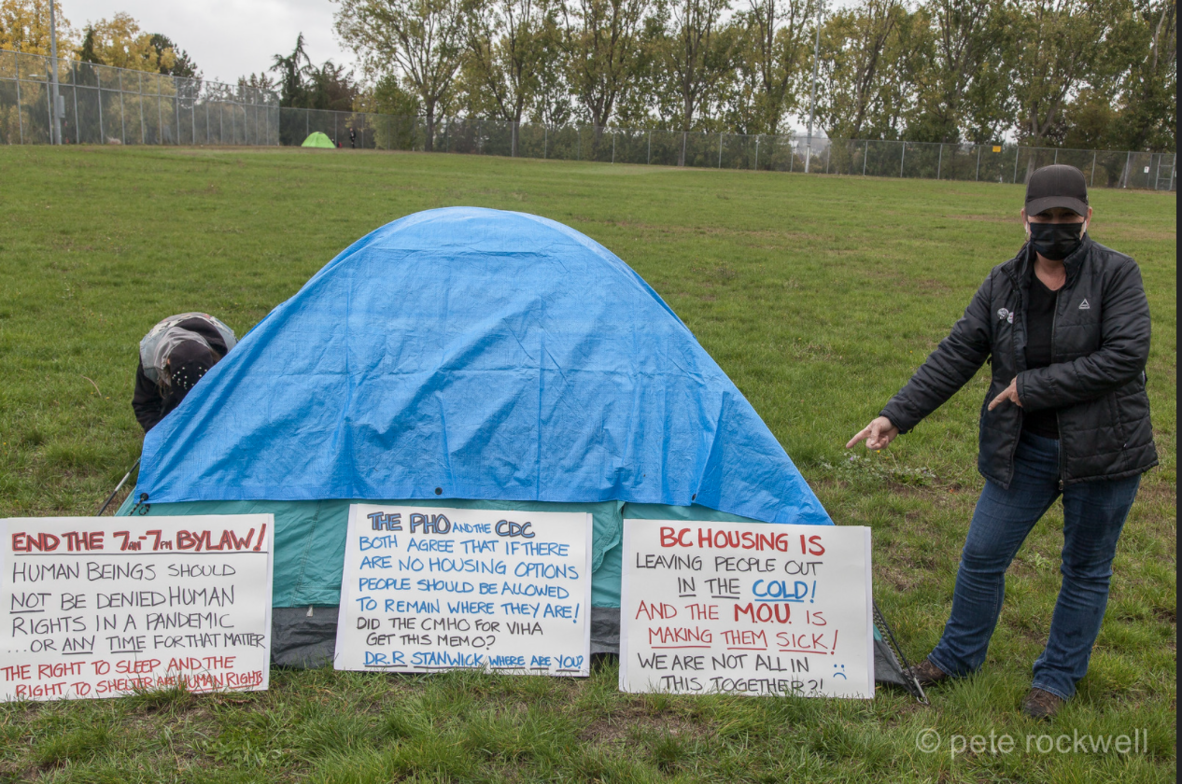 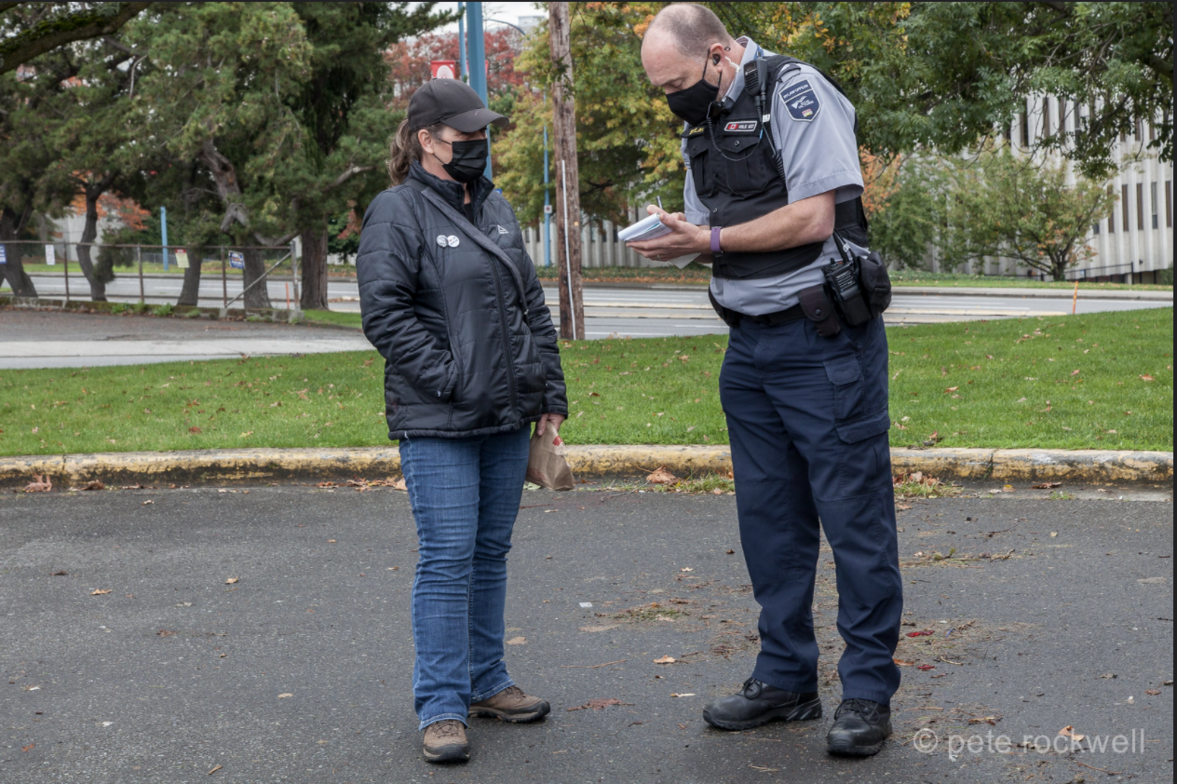 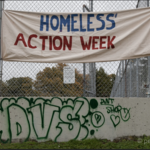 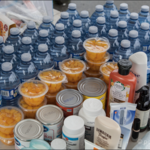 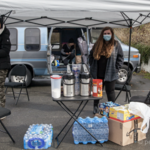 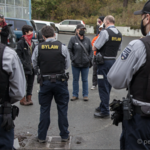 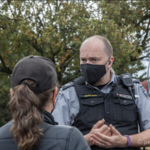 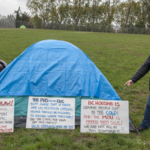 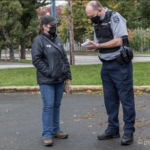 “An example of over-policing in Victoria

How many Bylaw officers and police does it take to respond to a complaint? Issue a ticket?

October 14, 12:00-to-5:00 pm, in recognition of Homelessness Action Week, Niki Ottosen, founder of the Backpack Project organized a Community Action and Donation Drive at Topaz Park, Victoria. A group of ten to twenty people was on site. This was a peaceful demonstration designed to bring attention to homelessness and to collect and distribute donations. It took four Bylaw officers backed up by two Victoria police officers to respond to a complaint from a member of the public. Niki’s choice was to remove the structures (protecting the donated items) then and there, essentially stopping the peaceful action and collection of donations or be fined. She CHOSE to be fined.

If it’s any consolation: I was with a homeless woman yesterday. She was wearing a beautiful new winter jacket and a brand, spanking new pair of high end rain pants.  I commented on her new gear and she told me she had gotten it at Topaz.  She told me she had gotten 2 winter jackets and lots of “good stuff”.  So, in spite of ByLaw’s efforts to kill the event, the donations got through to the folks who need them.  Also, that young woman has now got a bed in a women’s shelter. So hopefully she’s on her way now to more stable housing and a better life.
Alison