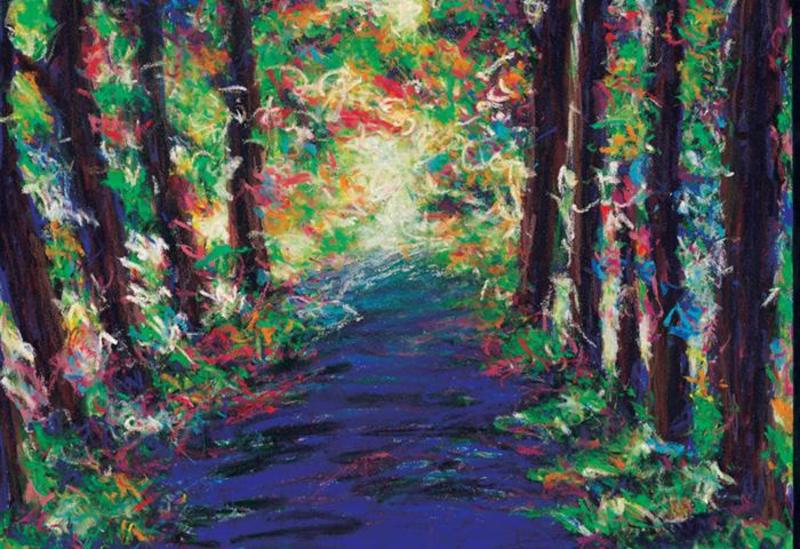 Once I got past “sawn in two” -- did you catch that phrase in that great list of what the faithful have endured? -- after “sawn in two,” perseverance is the word that I keep coming back to … the word that keeps coming back to me.
Perseverance, in this case, not in that head down, grit your teeth, stick-to-it-no-matter-what kind of way … but perseverance of another sort … perseverance that’s borne of audacious hope that God who so loves this world is in it with us, ever and always at work among us “like a healing stream” -- in the words of that hymn we often sing …“like a river strong with a restless current, like a mighty sea reaching far horizons … God is trickling through our lives as in a dream unfolding; God is carving out a channel in a new direction; God is working in our hearts to shape a new tomorrow” [1] …
perseverance that’s borne of our trust in God’s inexhaustible love; and perseverance that is strengthened too by the lives of those we call the saints.

Our world so needs people who persevere, who don’t give up, who keep going, who, in the face of all that threatens the fullness of life on this planet, find a way to resist that momentum and step instead into a far more powerful momentum, the flow of God’s redeeming way. And truth be told, there are such people … there are millions and millions of these people.

Anyone remember Erinne Paisley? … if we don’t recall her by name, we might remember her by her passion to support education for girls. She’s the student from Reynolds High School here in town, who showed up at her graduation prom in a dress she made out of paper … the paper she had used for her Math homework … it was a masterpiece! She looked beautiful. Written across the bottom of her knee high dress in red marker, there it was: “I received my education. Not every woman has. Malala.org” The $250 that she budgeted for a ready-made grad dress, she donated to Malala’s organization. But that wasn’t the end of it. She went on to post the dress on-line for auction … the closing bid of $1,150 also went to Malala.org And still there’s more. Erinne is now at the University of Toronto … studying peace, conflict and justice, and media studies. She’s already published her first book entitled “Can Your Smartphone Change the World?” It’s all about empowering young people to create positive change through their smartphone and social media. She’s convinced that the younger we start the conversation about how social media can be used as a positive tool for change, the more we can transform it into this. “I trust youth,” she says, “and know they can solve the most complicated of issues when people give them the space to do so.” [2] Already there’s a second book due out this Spring focusing on consumerism and ethical fashion.

Our world so needs people who say No to a way of thinking and perceiving and being that is destructive … and who find a way to step into that flow of another way … of God’s redeeming life-giving way.

This past week in the mail we received a letter from Malcolm McAdie, a veterinarian in Nanaimo, who, of all things, has a heart for Canada’s most endangered mammal, the Vancouver Island marmot. In 1998 their numbers had fallen to 80 … just 80 of these creatures remained on the planet. So here is a man who is saying NO to the end of this species, and is devoting his energies and gathering in the help of others to help this marmot population thrive again. Through a breeding and releasing into the wild program, their numbers have grown to 200. “Our rare and beautiful marmot won’t be free from the threat of extinction,” he writes, “until the species reaches a sustainable number of 150 to 200 marmots in each of three regions on the island … areas that enabled them to survive as a distinct species for thousands of years.” [3] So here’s Malcolm, friend of the marmots … stepping into the flow of another way … of God’s redeeming and life-giving way.

This is a day for snapshots … for calling to mind those people, not just the famous ones, but all those ordinary people who have and are risking getting involved in the struggle for life, who allow their lives, their hearts, to be broken open in some way, such that God’s desire for abundant life for all is happening … here, there and everywhere.

I wonder who those people are for you?
This morning during our celebration of communion, there’ll be an opportunity for us to light a candle in thanksgiving for all these ones.

In that passage from the Letter to the Hebrews that Duncan read to us … it goes on and on at length (even more than what we heard this morning) itemizing all these people who lived by faith -- faith as that willingness to trust our lives and our future to God, even when by all appearances, God seems no longer part of the action. The text refers to their suffering and faithfulness, their resilience, and then at the end of the long chapter, there are just 2 quick verses to conclude:
"Yet all these, though they were commended for their faith, did not receive what was promised, since God has provided something better so that they would not, apart from us, be made perfect.”

I love it, the way Walter Brueggemann puts it: “I believe, he says, "the entire chapter was written in order to get to these two verses.”

You see, it’s not just all about these giants in faith. Suddenly WE are brought into the picture alongside them. All these ancestors who lived by faith did well, and yet they did not receive the full promise …the Kingdom of God did not come in their lifetime. There is much of God’s dream that remains unfinished, unsettled. While they are commended for their faith, the text says they would not, apart from us, be made perfect. [4]

So, here’s the question the celebration of All Saints extends to us:
whoever you are, whatever your place and stage in life, how are you making room in your being, with your life, for God’s unquenchable love to reach the ground, to bless the earth, to heal the world?

The invitation, the call, is to join that great procession … and not simply for their sake but for ours … that we might find ourselves encouraged, upheld, urged on, by that great host of witnesses … as in that beautiful image we’re given in the Letter to the Hebrews: “since we are surrounded by such a cloud of witnesses, let us lay aside every weight and sin that clings so closely, and run with perseverance the race that is set before us … looking to Jesus, the pioneer and perfecter of our faith.

As a way of affirming their companionship in this holy calling, let’s say together the words of “A New Creed” p 918.

We are not alone.
We live in God’s world.

We believe in God who has created and is creating,
who has come in Jesus the Word made flesh
to reconcile and make new
who works in us and others by the Spirit

We trust in God.

We are called to be the church
to celebrate God’s presence
to live with respect in creation
to love and serve others
to seek justice and resist evil
to proclaim Jesus crucified and risen
our judge and our hope. 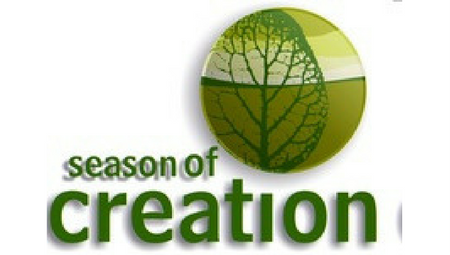 "Earth is crammed with heaven"

The World Needs People Who Will STOP

Another world is on her way ~ Listen!