[This reflection is with thanks to Mary Luti, posted on her Sicut Locutus Est site, among her collection of Prayers, Sermons and Marginal Notes]

For many Christians across the world, a joyous palm-waving procession inaugurates the year’s holiest week, a week that ends with a different kind of procession, the way of the cross.  This palm parade is the final stage of Jesus’ pilgrimage to Jerusalem, the city of destiny. Jesus has been “going up to Jerusalem” since the day he was born.

When he draws near, the disciples begin a victory chant, and people in the streets hail him as more than a pilgrim: the Messiah has come to his Holy City. Once they start shouting, Jesus knows it would be useless to try to quell the commotion. The great compact stones of Jerusalem would pick up the song if the people were to fall silent. But it would go a lot better for Jesus if they kept still. The louder the crowds, the bigger the trouble.

The Romans never interfered much in the diverse religions of their subjects. What they cared about was order. When crowds like the one around Jesus ran amok from time to time, they had a no-nonsense way of dealing with the instigators—crucifixion. It was showy, it was brutal, and it was effective.

The irony is that Jesus is no instigator, and Pilate knows it. The gospels portray Pilate as feckless, indecisive, a panderer, but he is a hard-nosed governor whose business is to know every detail of what goes on in his jurisdiction. That isn’t hard to do with Jesus because he teaches in public. This means that Pilate is well aware of who he is and what he stands for. He knows that Jesus does not preach insurrection, but instructs his followers to turn the other cheek. He has not organized them into a militia. He doesn’t carry a weapon. He doesn’t make public claims to be a messiah or a king. He forbids others to make such claims for him.

But none of that matters. It’s not Jesus who’s the problem, it’s that crowd. As one writer put it, as soon as the palm-waving commotion starts, eyebrows shoot up at headquarters. The rabbi is losing control of his people. Get a cross ready, just in case.

Then Jesus goes to the Temple. Matthew and Luke report that when he sees the religious commerce carried on in its undercroft, yet another commotion ensues. He drives the money-changers from their stalls. But Mark saves that provocation for the next day. His Jesus goes to the Temple, and … does nothing. He simply looks around. And then, “because it was already late, he went out to Bethany with the twelve.” He turns on his heel, leaves the city, and walks to Bethany with his closest friends.
He’s home before bedtime.

Here’s what I wonder:

What went on during that night in Bethany after all the hubbub in the city? What kind of night was it?

Does Jesus sleep soundly, or does he lie awake for most of it? Now that he has some space to think about the day, does it worry him that the crowds were so big? So noisy and insistent? Hanging their hopes on him, giving him the mantle of messiah-king?

Does he sweat over what might come next? … imagine the massive forces of stability matter-of-factly dispensing with him? Crushing him in the machine of order?

Jesus got home to Bethany before bedtime.
I wonder what kind of evening he had.

Does he stay up late, talking things over with his friends? Do they try to convince him it isn’t safe to return the next day? Do they suggest he back off a little, stay out of sight, make a conciliatory statement, take a gradualist approach, defuse the anxiety of the authorities?

Does he explain to them that it’s too late to leave things alone? Too late to do anything except what he’s always done, trust in God? Do they pray with him? Promise each other that no matter what happens, if he decides to go back to Jerusalem the next day, they will always be his friends, always stand up for him, heart of each other’s hearts; and that if the time ever comes, if they have to, they will wash his body for the grave?

The ancient rabbis used to say that the miracle of the parting of the Red Sea was not that God parted the sea; the miracle was that the first fleeing Hebrew dared to step onto the sea bed, a huge wall of water to his right, another to his left.

It’s not news that God wills life and freedom.
It’s big news, good news, when somebody trusts God and takes a step onto the risky road that leads there. God always parts waters, always opens a way. Whether we dare walk through the towering menaces on either side, that’s the hanging question.

God opened such a way for Jesus. A dry sea bed beckoned him back to Jerusalem, to a place called “The Skull.” What we fail to consider sufficiently is that he could have chosen not to go. He could have stayed in Bethany. We know by heart every sordid detail of what happens after he gets out of bed that next morning, says his prayers, breaks his fast, and makes the short trip back to the city. We know every sordid, sad detail of what happens after he makes the costly choice between agendas that have to be attended to —order, stability, tradition, power—and human hopes for freedom, mercy, and justice. Hopes that won’t calm down, be quiet, or go away just because somebody needs them to, just because somebody tells them to.

Three years earlier in the Jordan, Jesus immersed himself in a bath of purification. A baptism of preparation. Did he know what he was preparing for? Could he have seen it all? Or like us, did he need to keep committing, saying yes again and again to the unfolding consequences of his passion for God, his desire for us?

If that day in the Jordan was his baptism, this night in Bethany is his confirmation. This is the night he embraces again and with more clarity than ever who he is and everything God has asked of him from the beginning.

The next morning, he gets up and goes deep.
He walks a seabed to the city lit only by God’s faithfulness and the love he feels for his people.
And ever since that night in Bethany he has been especially present and vivid in all the faith-confirming moments of our lives, present and alive in the uttering of all our subsequent consents.

Through all our own long nights in Bethany, whenever fear contends with faith and safety with trust, he is with us.  In every good counsel and conversation, every imagination and dread, every prayer of trust and lament, every deeper resolve, he is there.

And every morning that we leave some house of safety and go back, back to God knows what, we know him. As we walk the sea bed, looking up to see great walls of threatening water on our left and on our right, we see him, behind us, beside us, ahead of us, within us, surrounding us.

Always, come what may. 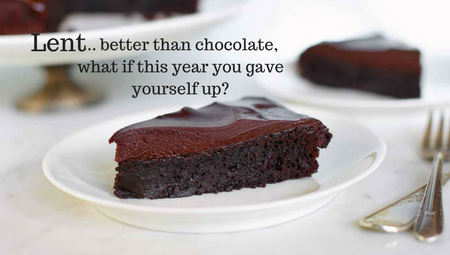