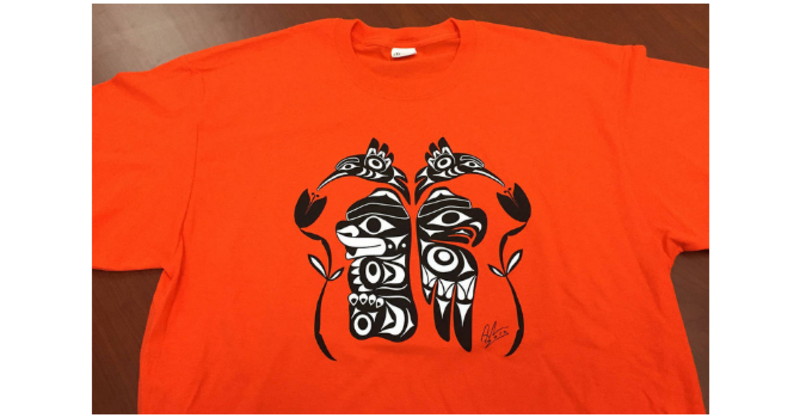 My first clue that I wouldn’t just be dropping in for the morning came when I caught a glimpse of the diver on the diving board … maybe you’ve seen that statue in the Crystal Gardens? (originally home to the swimming pool). From the upper level at one end of that huge hall she’s poised for the dive … and she caught my eye as I was finding a place to sit up there for the opening ceremonies of the Truth and Reconciliation Commission when it came to Victoria … already 6 years ago. With several hundred people already seated on the main level, I was among the throng now being directed upstairs, amidst the sounds of chanting and drumming, and the dancers who were welcoming us into the space. Before I arrived, I imagined I was there simply for the morning … but in no time at all, I realized this wasn’t just about dipping my toe in the water … this was about diving deep!

The Truth and Reconciliation Commission was making its way across the country …providing a forum for people to speak their painful truth about their experience of the residential school system. Residential schools, as you may know, were an integral part of a national policy to assimilate indigenous people into settler society… or in bolder, plainer terms, a policy to take the Indian out of the Indian. It was the Churches who ran the residences and in some cases the schools as well. In time -- like over a hundred years, at least 5 generations-- in time, the Church and the government have come to confess not just the destructiveness of such a policy -- it was meant to be destructive-- but the atrocity that was committed. Out of that realization grew the initiative of the Truth and Reconciliation Commission.

To begin to lay it out … to bring it out into the open … to speak of it -- has been huge. It’s also huge to hear it, receive it -- acknowledge and honour it … to allow it to fill a room where you could hear a pin drop -- big rooms … and then to have the experience carried out the doors into the streets into homes and coffee shops, and churches … to wherever all those people who gathered that weekend would go from that day forward … it’s huge!!! And that through a process of speaking and hearing, of offering and receiving, there could be healing … that there could be whole new levels of appreciation, brand new eyes for seeing, and the possibility of moving from devastation to reconciliation, from racism to enrichment , it’s huge!!
People who have known untold wounding and wreckage in their lives rising up - coming out into the light … it was a resurrection story in the making right here among us!

Who could have imagined there could be this undeniable sense of promise in the midst of almost unspeakable pain. I don’t suppose the Convention Centre has come close to holding the depth and degree of pain that it held that weekend … as story after story was shared, and tears flowed, and hearts were broken open - for many, all over again. Open wounds … and undeniable promise in the same space.  In the same breath. ?

That’s the unthinkable wisdom of the truth and reconciliation process.  Far from putting the truth behind us, as though horrific things never happened, it turns out that exposing the truth and touching the wound is in fact the passage to healing.

Maybe this is something of what we’re seeing in that encounter between Jesus and Thomas, between Jesus and the others … how when he shows up, he’s bent on exposing the wounds. We’re supposed to notice them --that they are undeniably there--AND notice too that they don’t negate the rising. The wounds don’t make the rising an impossibility.

But I think we’re given to notice as well that the rising doesn’t negate the wounds. They are there … and they are not finally a mark of shame. They are -- imagine this -- an integral part of new life!
Just as in the experience of that weekend … it was the sharing of the wounds that was the means/ the passage to a greater healing … a healing that would include us!!

When Jesus says to Thomas, “here, put your hand in my hand and in my side,” that’s not just about giving Thomas the proof he thought he needed to be able to affirm with the others that Jesus who was crucified is alive. That weekend, 6 years ago, we didn’t need to touch the wounds of these people to know they are alive. We needed to touch the wounds in order to be part of a much greater healing. We needed to touch the wounds in order for our own hearts to be broken open, in order to be given new eyes to see, and to feel a commitment, a passion, rising up in our own bodies to come alongside, to connect and care like these are our own sisters and brothers, which they are.

Maybe that’s what Jesus is offering Thomas … an entry into that mystery … where, in touching the wound, something happens! … giving him new eyes to see and a heart of courage and compassion to draw near the suffering of the world, so to have a part in a much greater healing.

We all need ones who go the way before us.

One of those people for me was a woman named Vera Jones … an indigenous woman who was present throughout that weekend for the sole purpose of supporting people in the gathering who were hurting. There was a whole team of people there like Vera.

We had just come to the end of the morning session of hearing people’s stories - painful stories. It was hard - really hard. Though it was the lunch break and most people had left room, I, along with a few others, found ourselves just sitting there … aching for these men and women, seeing their horror as little kids, deeply moved by their courage. We were just sitting there with it all … faces wet with tears. Vera comes along … with box of Kleenex. “Are you ok?” she asks with a heart full of care.

All morning she’s been circulating … quietly checking in on people who are obviously feeling deeply, bringing cups of water, attending with tenderness. Before we know it, she’s sitting with us -- gently asking, gently offering … taking time. She doesn’t say it and you can’t see it but you can feel it -- what she’s doing is breathing Peace … her presence is easing the pain … there’s no way she’s leaving us until she knows we’re ok.

In the course of conversation it comes out that we’re from the United Church, and she’s a residential school survivor. And she’s the one who’s breathing peace -- and there’s no way she’s leaving til she knows we’re ok.

It’s a resurrection story, in the making.

6 years later, today is my first experience participating in Orange Shirt day. Along with wearing the orange shirt as an outward sign of solidarity, an indication that we are aware, at some level, of the atrocity visited upon indigenous people through the residential school system, there is the event at Centennial Square this afternoon from 12 to 4pm that is open to, meant for, us all. From what I gather, as part of that time, we will hear some stories -- heart rending stories, for this is a day of remembrance … of calling forward, of bringing to consciousness hard truths of our history … our history … that going forward we may be keenly aware of the potential of our inhumanity … that going forward with hearts opened, we may be connected in ways that have escaped us, or that we’ve avoided … that going forward together we may become a new people … a resurrection people … bearing witness to the miracle of healing, of reconciliation.

That’s what’s in store for us this afternoon … an experience of the Creator’s power for life surging among us.  Whether or not you’re dressed in an orange shirt, don’t let that stop you. 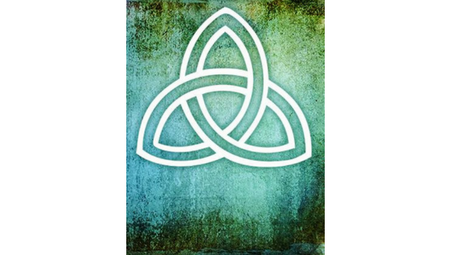