A few weeks ago I came upon an article that’s been living with me ever since. I knew right away that’s a story for sharing on Christmas Eve, except that I didn’t know why. So for the last number of days that’s been my question as I would come back to it: what is it about you? What are you saying to us?
Well, spoiler alert before I tell you the story -- yesterday morning something dawned … not a moment too soon!

Here’s the story.
In downtown Milwaukee, there is something called the Milwaukee County Secure Detention Facility. There’s even a photo of it heading up the article … this tall 15 story structure, riddled with windows --except that the so-called windows are a façade. Over 1,000 individuals are hidden in plain sight within an inner tower, denied natural light, air conditioning, programming and recreation. In the summer, the interior temperature is often over 90 degrees and -- with poor ventilation -- dangerous.

Most of the people inside are being held for noncriminal violations of parole. They are not allowed in-person visits from family or friends; in fact, they rarely leave cells that were built for one but now house two or three.
The average stay is 90 days, though many are held for six to 12 months. Eighteen people have died inside since it opened in 2001, several after being denied help, and more than half of those inside suffer from serious mental illness.

Patricia La Cross, who writes the article, describes how, on New Year’s Eve, she along with 11 others, met outside the building in support of community demands for its closure on humanitarian grounds. “We had heard,” she writes, “how terrifying it felt to be bricked-in there.” The wind was howling off Lake Michigan, the temperature was 13F, and for an hour they shouted their rejection of this fortress, all the while knowing only a merciful God, if anyone, could hear them.

“Still,” she says, “we banged cooking pot “drums” with big spoons and proclaimed our resolve with the conch shell “trumpet” I had brought. I remembered a Haitian bishop telling me that when the conch shell is blown, it’s a call for revolution. The sound of our tiny protest echoed off the concrete. Someone used a laptop to project “We know you are there” onto a building -- in letters less than a foot high.
After an hour, with handshakes and New Year’s wishes, we ran to our cars. It was a prayerful hour’s drive home”, Patricia writes. “I couldn’t imagine being isolated like those we had left behind.
Of all the protests I’ve joined over 40 years, that little alternative New Year’s Eve was the unlikeliest. Mostly strangers to one another and to those impacted, with not even an online audience for our presence, we were drawn that night to claim those rejected people for our community. We would enter the year together. It was love we’d shouted out.”

A month later she was at a meeting about prison reform. A formerly incarcerated man stood up. He spoke of the hideous conditions of the Milwaukee Secure Detention Facility, and then he shared that he’d been inside on New Year’s Eve. “We heard people were outside for us, and word spread through the building. It was electrifying; people were whooping,” he said. “We knew that we were not forgotten.”

“I was incredulous,” Patricia writes. “Two layers of cement, only 12 of us below on a frozen, windy night? Had they actually heard us -- or heard of us? I didn’t get to ask.
What I do believe is that hope and improbable joy broke through an impenetrable prison to people in darkness. It can happen again. And again. And again. [1]

Maybe for you, the connections with Christmas Eve are readily apparent. Here’s what kept me puzzling away at it. On Christmas Eve we have this proclamation from the Gospel of John, “the Word became flesh and dwelt among us”… or as another translation puts it, “the Word became flesh and he pitched his tent among us.”  How are these stories speaking to each other? … one with its double-walled fortress of a prison, the other with its vulnerable tent that affords next to no protection from almost anything --the elements, the bitter wind, the biting cold or cold-heartedness. That’s the thing about being in a tent … you’re out there, exposed, close to the land, with an ear to the ground … you hear it all, you pick up on what’s going on all around you.

So this is what flashed for me … what I glimpsed:
The Word became flesh and he pitched his tent among us … that we might be the ones who hear “you are not forgotten! I know you’re there! I am here … I am with you, I am for you.”

This is the news we celebrate tonight: God in Christ is shouting out to us … shouting Love out to us … that we might know we are not alone -- even behind the walls of our fear, even behind the walls of our shame, our privilege; even in our cells of isolation, our deprivation, our hunger for connection, for help, for hope. In Jesus, the Word made flesh, God is shouting Love out to us … giving us reason to whoop it up even in our difficult world … even in the darkest of times, right when we think we are done for, when there is no light to be seen, little air to breathe, no hope for a future.
It’s what the angels announced that night: "You are not forgotten! A revolutionary love has come to be with you … for you, for all people."

And this too is the wonder we celebrate tonight: it wasn’t just a one night stand! This Love keeps on being borne into our world. This same Love come to us, speaks to us and through us. This Love finds us, and finds a way into the world in and through us … through our flesh … tugging at our hearts, raising courage, making us real, moving us to care, giving us to see what’s true, waking us up and calling us into life.
This Love keeps on coming into the world, arising in the likes of us such that we find ourselves standing on streets banging our cooking pot drums, crying out for justice … or sitting at bedsides singing our love songs … or showing up with food or friendship, cash or time to share -- all of this and more, even and especially when it seems for naught.

This Love that’s born in us and through us, this Love that we bear, it’s this super-power … it rearranges stuff -- like our priorities, our plans, our bucket lists, our lives. It gives us to each other, this Love, in new ways, in ways that heal, that lift up and break down.

This is the night we celebrate how the story takes a leap … how God takes a leap to become one with us in a new way, drawing us into this relational life …not to hem us in, but that we too may join in the dance of this ever-expanding expression of Love.
So Dance then, wherever you may be …
I am the Lord of the dance said he,
I’ll live in you as you live in me
The more we dance, the more we will be free! 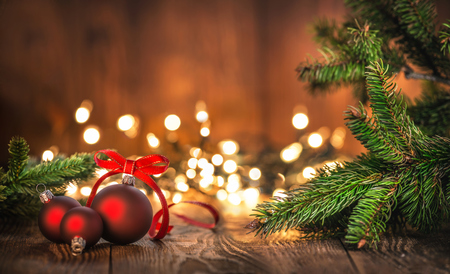